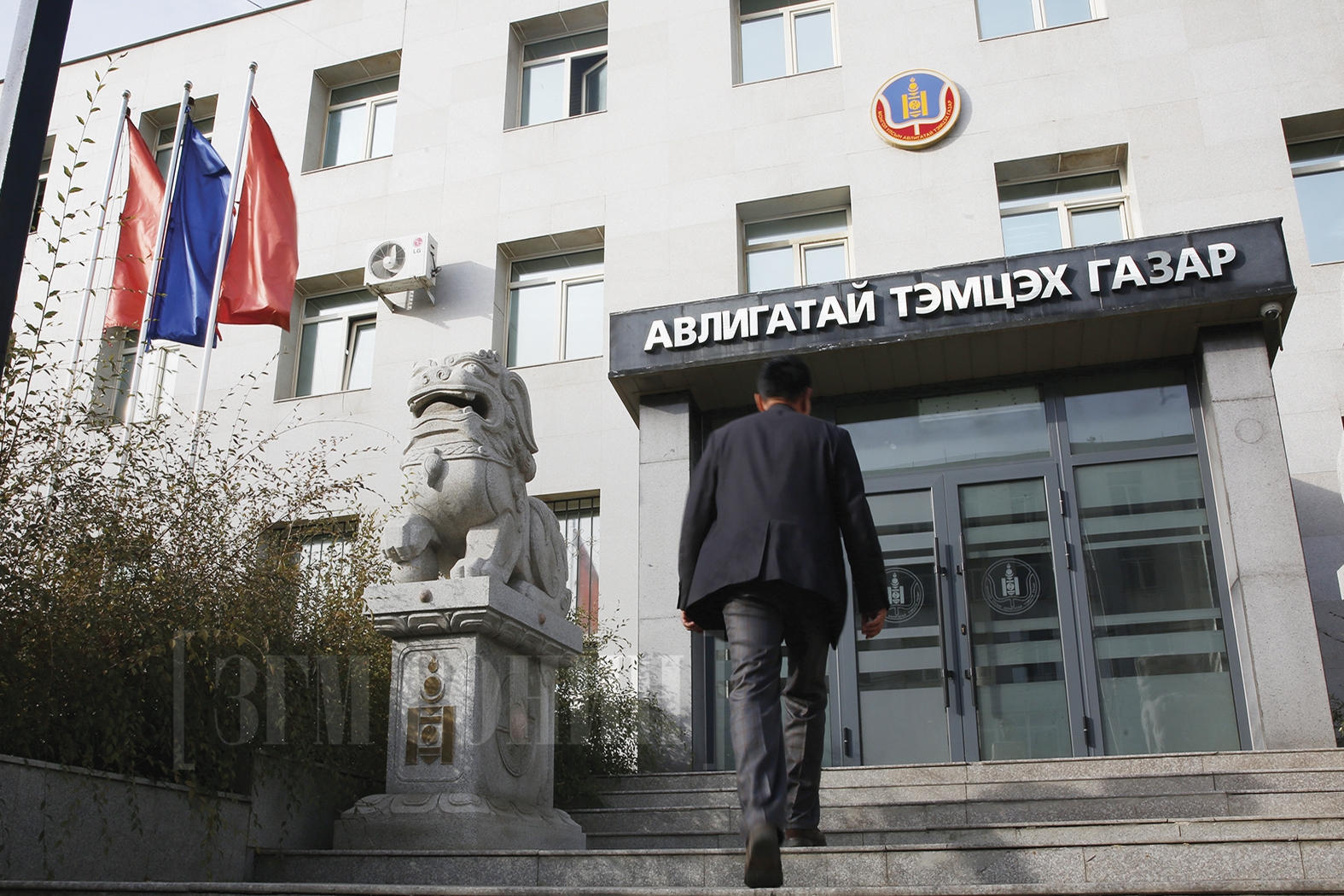 The Independent Authority Against Corruption (IAAC) and General Prosecutor’s Office of Mongolia announced that Mongolia studies Kazakhstan’s gold purifying operation Exploration license bidding to commence this month SECURITIES MARKET MINING According to the Parliament, Damba-Ochir Dorjdamba, Head of the Parliamentary Standing Committee on Economy requested the World Bank to focus on developing securities market and direct investment by supporting effective projects of the private sector, in response to World Bank's Country Manager for Mongolia James Anderson's enquiry on preferred sector for support, which was requested to formulate World Bank's strategy in the next four years. In connection to his appointment, Deepak Mishra, Director General of Development Economy and Investment of the World Bank Group, requested the Mongolian Government official to exchange views on Mongolia’s economic and financial situation, which was held yesterday.
During the meeting Mr DambaOchir provided details on current situation of Mongolia’s economy, fiscal and monetary policies. For example, he noted that the 2018 budget was approved with 8 percent deficit, 2017 budget revenue has exceeded the target level, growth reappeared in the economy, revision of Laws on Banking and Central Bank were passed, as well as information on laws which will be discussed during the spring session. In addition, Mr Damba-Ochir briefed on the long-term projects and programs to be implemented with low-interest development loans and financing of large projects that will contribute to the country’s economy and exchanged views.
Mr Deepak Mishra emphasized that theWorld Bank Group signifies the percentage of government's debt to the GDP in granting loans and funds to countries, as well as expressing his proposal to keep the debt amount at appropriate level in the future. Oyunbayar.N ZGM Oyunbayar.N ZGM Open bidding for mineral exploration license grants to commence in April, according to Mineral Resources and Petroleum Agency of Mongolia. A total of 8.6 million hectares of area, approved by the resolution of the Ministry of Mining and Heavy Industry, have been discussed in each respective aimags and submitted to the Cabinet. Open bidding will be announced on the lands approved by the selection.
Within the frames of the amendments to Minerals Law of Mongolia, the exploration licenses will be granted only through biddings. Consequently, the highest bidder from companies seeking to obtain a license will be appraised from the scale of up to 45 points and their experience and ability will be evaluated from up to 55 points. Presently, the Ministry of Mining and Heavy Industry is studying the opportunity to grant exploration licenses through application procedures, instead of bidding. the former Minister of Finance Bayartsogt Sangajav, former Head of General Department of Taxation Ariunsan Baldanjav and former CEO of Erdenes Mongol LLC Byambasaikhan Bayanjargal were detained in relation to the so-called Dubai Agreement last Saturday.
Furthermore, the Prosecutor’s Office submitted a request to interrogate the ex-Prime Minister Saikhanbileg Chimed, who’s currently in the United States. The interrogation will proceed as soon as he returns. IAAC informed that it plans to confine the three officials for further investigation. According to them, the claim involves 2009 investment agreement of Oyu Tolgoi, 2015 underground development deal and financial plan of the project. IAAC suspects that the authorities may have abused their power during the approval of these documents. Moreover, the IAAC submitted a request to apprehend several other officials as convicts to the General Prosecutor’s Office, which is now under investigation. Previously, ex-finance minister Bayartsogt held a press conference on March 21 and affirmed that Oyu Tolgoi agreement is "bribe-free" and genuine. The case is under
• Bayartsogt Sangajav, Ariunsan Baldanjav and Byambasaikhan Bayanjargal were detained in relation to Dubai Agreement last Saturday.
• Prosecutor’s Office submitted a request to interrogate the ex-Prime Minister Saikhanbileg Chimed.
• IAAC submitted a request to apprehend several other officials as suspects.
co-inspection between IAAC and Swiss Office of the AttorneyGeneral. Last week, the Swiss authorities sent a letter to Rio Tinto attorneys, which read “Currently, the investigation is directed neither against your client nor against any of client’s employees.” Swiss bank accounts of exfinance minister Bayartsogt Sangajav and certain other officials that hold EUR 1.8 million have been frozen in November 2016, according to IAAC. Moreover, the authority is investigating USD 10 million possible bribery case of ex-finance minister with the Swiss prosecutors.

5328
Accommodation for 1562 households to be realized by November