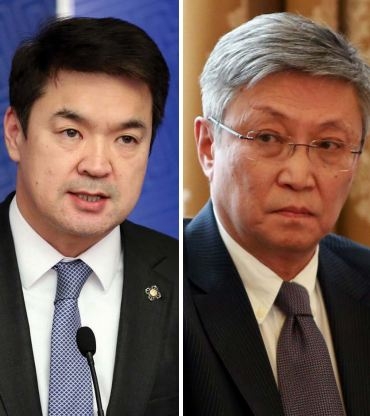 Two Former PMs said to be detained over OT case

Following the summoning of the Independent Authority Against Corruption (IAAC), ex-Prime Minister Saikhanbileg Chimed returned to Mongolia from the United States on April 9 to proceed with the questioning. According to some domestic media outlets, the IAAC and General Prosecutor's Office detained the former Prime Minister on arrival, as well as Bayar Sanj, who held the same office between 2007 and 2009. On April 1, the IAAC arrested three former government officials as suspects of an alleged bribery case related to Oyu Tolgoi investment agreement. Consequently, General Prosecutor’s Office of Mongolia detained them on the following day, and summoned the ex-Prime Minister Saikhanbileg for inquiry. As a response, Mr Saikhanbileg sent an open letter to Prosecutor General of Mongolia Enkhjargal Magvannorov and General Director of IAAC Enkhjargal Khurelsukh, affirming that he did not escape the country and is willing to testify. He confirmed in his letter that he is free from any illegal actions, bribery and abuse of power. Correspondingly, Bayar Sanj continiously denied the allegation and declared unguilty. In addition, the IAAC held a discussion under the theme “Mutual legal assistance in criminal cases” yesterday. Concerning the probe around Oyu Tolgoi investment agreement, Mr Enkhjargal remarked several people are currently under investigation and refused to talk details without the prosecutor’s consent. Presently, the former Minister of Finance Bayartsogt Sangajav, former Head of General Department of Taxation Ariunsan Baldanjav and CEO of Erdenes Mongol LLC Byambasaikhan Bayanjargal are in detention for an alleged bribery case. The claim involves 2009 investment agreement of Oyu Tolgoi, 2015 underground development agreement and financial plan of the project. The IAAC claims that the authorities may have abused their power during the approval of these documents. Furthermore, the IAAC submitted a request to apprehend several other officials as convicts to the General Prosecutor’s Office, which is currently under investigation

4445
Economy grows 6.3 percent on the back of consumer sector