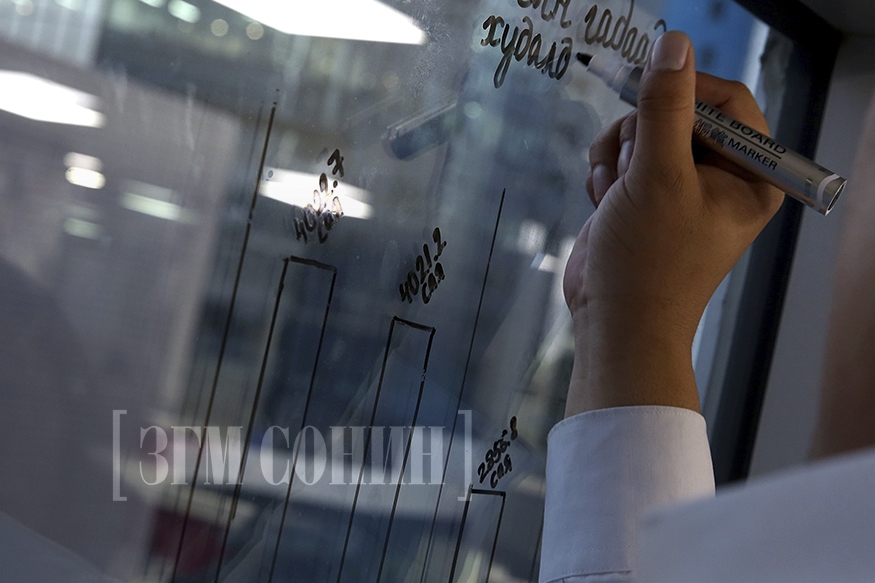 ​34.2 percent of survayees considered PRC as the best export market​

Report on the unified research of European Union funded project Trade Related Assistance for Mongolia (TRAM) was disclosed last week. According to Toby Philpott, Senior Private Sector Consultant and a key expert of TRAM, 60.8 percent of surveyees consisted of Mongolian private sector representatives considered the People’s Republic of China (PRC) as the best export market for Mongolia, followed up with European Union (34.2 percent). The project, which was launched on March 7, 2018, aims at strengthening the capacity to further develop appropriate export development strategies and translate this into actual implementation through inter-ministerial coordination and enhanced engagement with private sector organisations. A total of 132 respondents from the private sector participated in the study, of which 25 percent were from wool and cashmere industry, 9 percent - meat, 7 percent - tourism, 8 percent - leather, 7 percent - textiles and 9 percent from unidentified sectors. The research considered the general export markets, regulations, times spent on activities, exporters’ knowledge, skills and resources. Furthermore, 82 percent of the surveyees were exporters and the remaining consisted of entities interested in and/ or capable of exporting; however, the officials highlighted that the study could not identify the barriers to potential exporters. In terms of favorable export markets.
• 60.8 percent considered the PRC as the best export market;
• 34.2 percent - European Union;
• 30 percent - Japan;
• 28.3 percent - Russian Federation and Eurasian Economic Union;
• 21.7 percent - Republic of Korea;
• 16.7 percent - North America.
The survey participants also considered that the freight forwarders fall short of consistency to a single country and suggested to provide such services. As for the export regulations and legal impact, 70.2 percent of the respondents answered the time spend on export documentations take faster than the forecast of World Bank’s Doing Business report. In terms of exporters’ knowledge, skills and resources, the majority (81 percent) highlighted the difficulty of employing skilled staff as they prefer higher salaries and larger entities. The same results were shown in the capacity to conduct cooperation agreement with foreign consumers, agencies and intermediaries. 82 percent of the surveyees have difficulties in concluding a contract with foreigners. As one of the main beneficiaries of TRAM, the Mongolian National Chamber of Commerce and Industry pointed out that the report is yet to be made public and several suggestions on regulations and services will be prepared soon.
САНАЛ БОЛГОХ
Biography of Tavan Tolgoi residual coal deposits

5226
Mongolia's Public and Private sector pledge to cooperate for prosperity

8
Economy grows 6.3 percent on the back of consumer sector