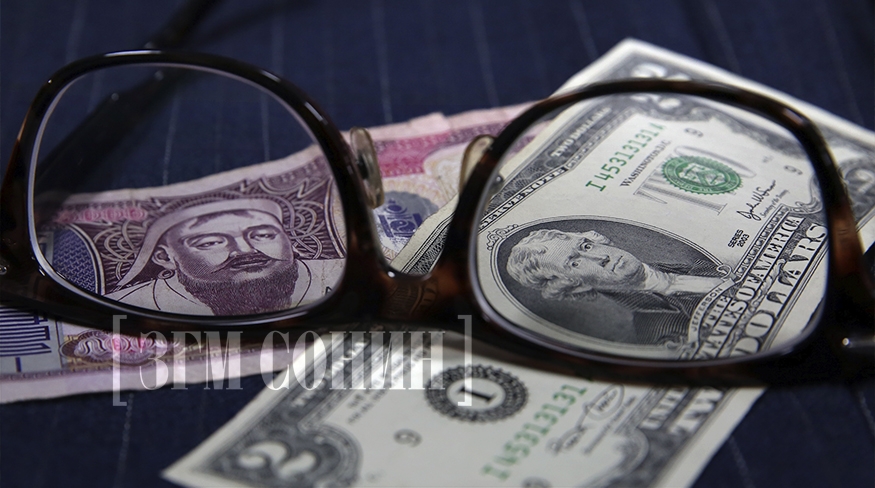 Loan grants may intensify in the upcoming months as the Bank of Mongolia (BoM) estimates a potential MNT 2 trillion worth credit source in the banking system through central bank’s securities, informs Gan-Ochir Doojav, Director General of Research and Statistics Department of BoM. Mr. Gan-Ochir remarked that the source of credit will mostly be directed at businesses. Statistics show that business loans have activated in the last 2-3 months, while consumer loans declined. The trend is expected to continue for the upcoming months. Business loan, one of the pillars of economic diversification, grew 15.7 percent year over year in the first half. In July, the monetary policy committee of the BoM decided to set the limit of debt-to-income of consumer loans at 70 percent of household income, which take effect on September 1. As a reminder, Mongolia’s benchmark interest rate reached 9-year low following the BoM’s decision to cut interest rate to 10 percent last March.
The balance of payment (BoP) came out positive in the first half of this year driven by foreign exchange (fx) inflow and foreign direct investment (FDI) reaching USD 879 million. Officials explained that Oyu Tolgoi investment was the key driver in the growth with over USD 700 million, accounting for 80 percent of FDI. The remaining was formed by coal sales, according to the BoM. Furthermore, experts expect the fx inflow to keep the pace and forecast the outflow to be stagnant as there are no major debt repayment due this year. The Government was obliged to repay MNT 3.8 trillion in loans this year and settled MNT 2.7 trillion in the first seven months. On the contrary, USD 836 million will be brought into Mongolia within the International Monetary Fund’s Extended Fund Facility program. Thus, the BoM expects the MNT rate to remain stable in the upcoming months and forecast the BoP to result USD 200-300 million in surplus. As of June, Mongolia’s fx reserves stood at USD 2.9 trillion, which is 2.5 times higher than the same period of last year.
САНАЛ БОЛГОХ
Minimum wage raised: Officials assure fines to remain fixed

3433
Economy grows 6.3 percent on the back of consumer sector

3539
Two Former PMs said to be detained over OT case