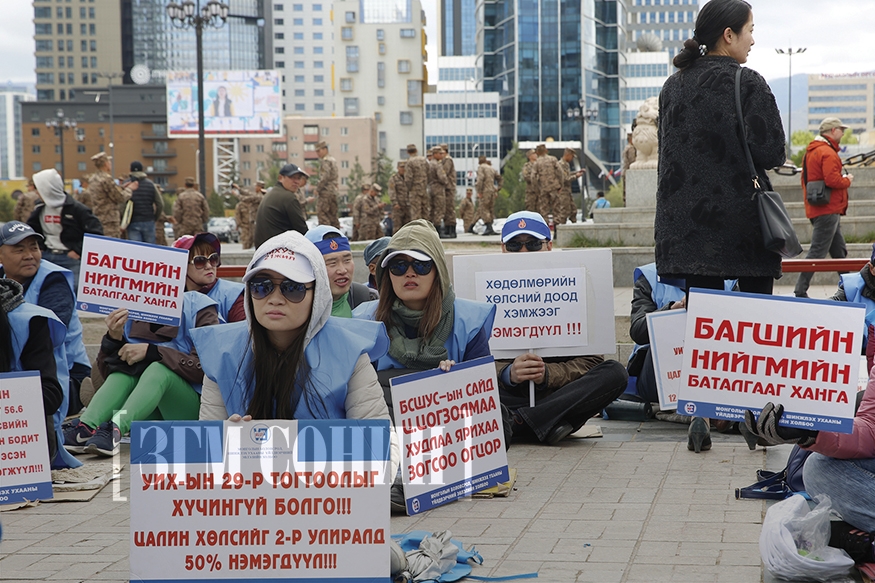 ​Teachers confirm strike even after CMTU reaches a deal with Govt ​

Minister of Education, Culture, Science and Sports Tsogzolmaa Tsedenbal and the officials from the ministry have met with the representatives of the Confederation of Mongolian Trade Unions and reached a deal to avert teachers’ strike; however, the strike is still on. Last month, the temporary committee for teachers’ pay raise announced to launch a strike following the Government's decision to increase the salary of teachers and health workers by 8-15 percent as the committee demanded 50 percent raise. At the meeting, the union submitted four demands:
• To grant MNT 56.3 billion worth incentives in total;
• Amend the state budget;
• Increase teachers’ salary by 15 percent starting from September 1, 2018;
• Increase teachers’ salary by 50 percent starting from September 1, 2019. With the deal, the strike was postponed for an indefinite time and the demand was to be considered in phases. The Minister Tsogzolmaa Tsedenbal responded, “MNT 300,000 incentives will be distributed to every teachers and is allocated to the State Budget. In order to resolve the issue, the Government decided to add them to teachers’ base salary, instead of a one-time incentive. As for the 15 percent, the Cabinet decided on 8-12.3 percent. The minister alone cannot resolve the 50 percent pay raise. You all know it is not economically possible. Therefore, it is better to take a step in the coming years by solving the current problem through consensus.” However, the Trade Union of Teachers considered the deal is not a real solution and announced to strike as scheduled. The union disclosed that 16 scientific institutes, 26 kindergartens and about 70 schools will participate in the strike today.
САНАЛ БОЛГОХ
Economy grows 6.3 percent on the back of consumer sector