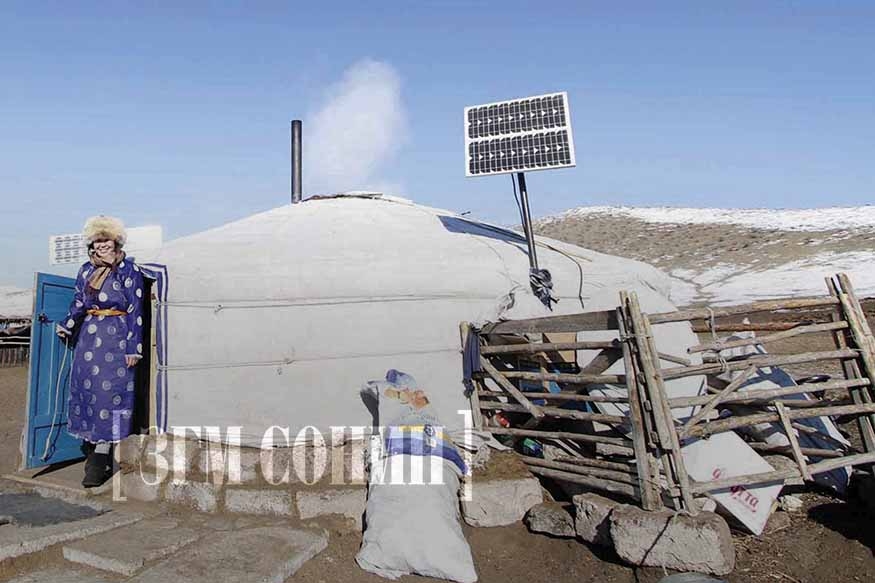 The Asian Development Bank’s (ADB) Board of Directors has approved a USD 40 million loan to develop a 41 megawatt (MW) distributed renewable energy system, a first-of-its-kind in Mongolia using a variety of renewable energy technologies to supply power and heating in the remote and less-developed western regions of the country. The project will also be cofinanced by a USD 14.6 million grant from the Strategic Climate Fund under the Scaling Up Renewable Energy Program in Low-Income Countries, one of the Climate Investment Funds designed to support scaled-up deployment of renewable energy solutions to increase energy access and economic opportunities, and a USD 6 million grant from the Japan Fund for the Joint Crediting Mechanism, which supports the adaptation of advanced low-carbon technologies in ADB-supported projects. “A clean, reliable, and sustainable energy sector is needed to boost economic growth in western Mongolia while addressing the need to reduce carbon and air pollutant emissions,” said ADB Principal Energy Specialist for East Asia Mr. Shigeru Yamamura. “The 41 MW renewable energy system that the project will finance will not only make the energy sector less carbon intensive, but also help the country’s efforts in meeting its commitment under the Paris climate agreement to reduce carbon emissions by 14 percent by 2030.”
The Upscaling Renewable Energy Sector Project will help develop a 40.5 MW distributed renewable energy system using solar photovoltaic and wind powers with advanced battery storage technology and energy management systems to supply clean and reliable electricity to geographically scattered local towns in western Mongolia, which rely on high-cost and high-carbonintensive electricity imports from neighboring countries. Meanwhile, the project will also showcase a 500-kilowatt thermal shallowground heat pump system, which will supply pollutant-free space heating in public buildings. This system could be scaled up in the future and, ultimately, help mitigate local air pollution during winter. The distributed renewable energy system financed by the project will help connect more than 258,313 people in the project areas to clean and reliable electricity and heat supply, while a total of 87,968 tons of carbon dioxide emissions annually will be avoided by 2023. The total cost of the project is USD 66.22 million, with the Government of Mongolia contributing USD 5.62 million. It is expected to be completed by 2023. “The Government of Mongolia has been making efforts to increase renewable energy use since 2000. However, the share of renewable energy in Mongolia’s energy mix remains low at 12 percent. ADB’s assistance for this project will help the government meet its goals under its State Policy on Energy, 2015– 2030, which aims to raise the share of renewable energy to 20 percent by 2023 and 30 percent by 2030,” the ADB highlighted.
САНАЛ БОЛГОХ
Economy grows 6.3 percent on the back of consumer sector

4436
Two Former PMs said to be detained over OT case