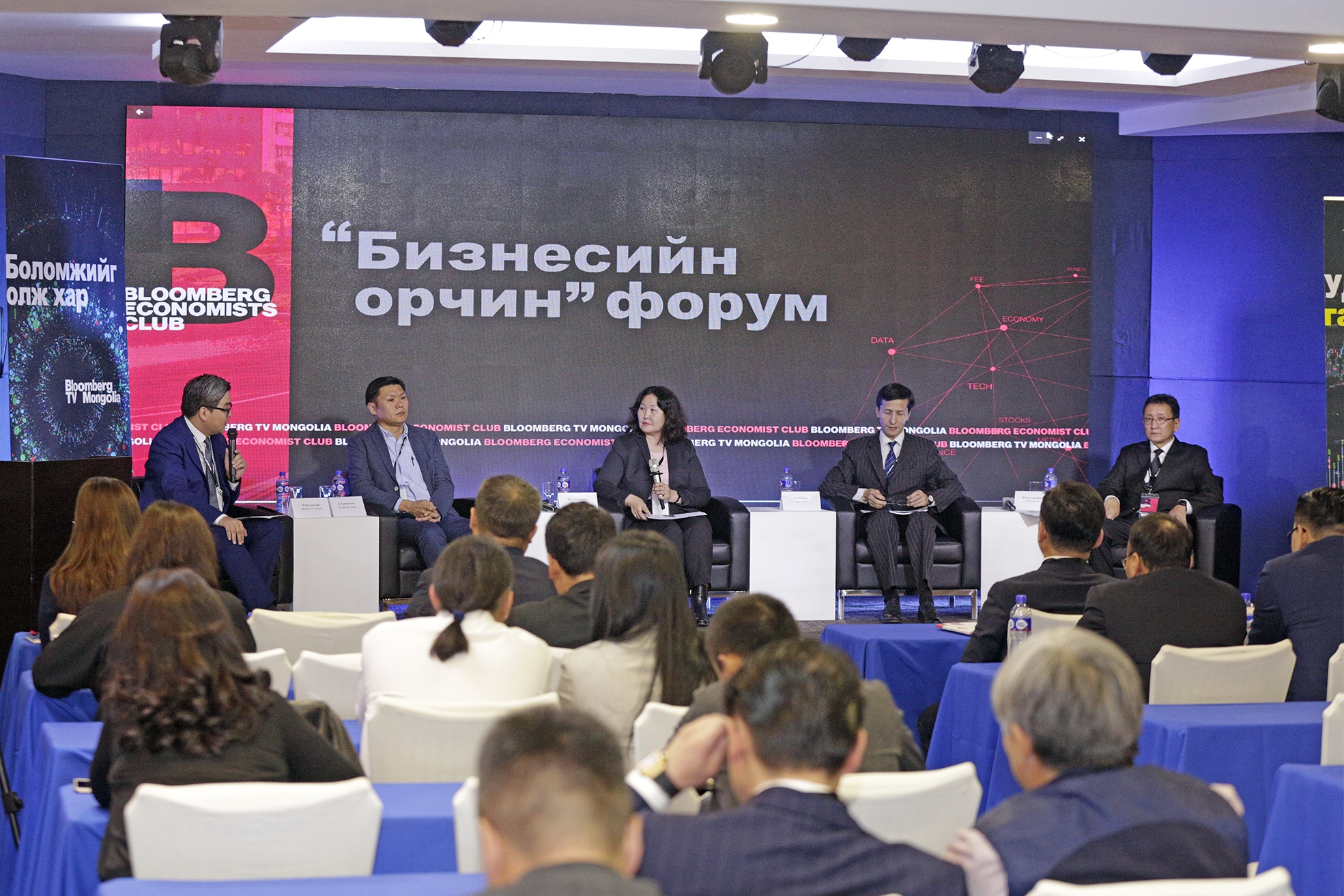 Economists have discussed major industrial challenges of the world and its effect on Mongolia at the Business Environment forum of Bloomberg TV Mongolia’s Economists Club. The forum held a panel discussion on the trade war and economic risk, the legal environment of foreign investment, and business opportunities in Mongolia. Legislation in the mining sector is inadequate, Executive Director of the Coal Association of Mongolia Zoljargal Jargalsaikhan highlighted during the discussion. According to the Ministry of Mining and Heavy Industry, 100 licenses have been issued and 300 licenses have been revoked in the last three years. Most economists assume that it will reduce foreign investors to collaborate in the industry. “One of the main burdens to Mongolia’s economy is external debts and budget deficit. We need to improve our fiscal policy and prepare to pay the external debt. In 2018, Mongolia’s budget revenue reached MNT 12 trillion while budget expenditure totaled MNT 14 trillion. In other words, the deficit was MNT 2 trillion which is a high amount for the small economy country,” said one of the participants of the panel discussion. Bloomberg Economist club was established two years ago, has 31 members including the top economists of Mongolia. What they do is to predict economic outlook in Mongolia, which is heavily dependent on commodity prices, currencies and foreign investment. It helps many leading players and citizens to make a decision. The club’s past economic forecasts were 90 percent successful.